Top 5 causes of car accidents in the UAE 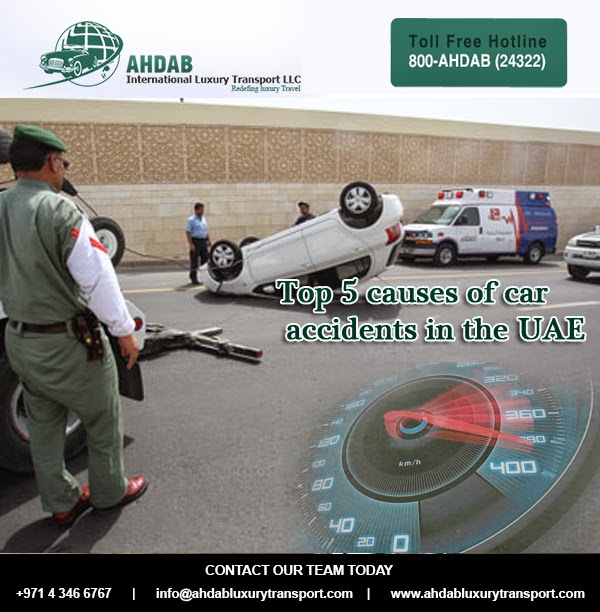 Top 5 causes of car accidents in the UAE

It also adds that 35 per cent of respondents have been involved in a collision with men (38 per cent) far more likely than women (27 per cent), while 36 per cent of young drivers, aged between 18 and 24 years, have been involved in at least one car accident in the country.
“The number of UAE residents that have been involved in a traffic collision is very concerning and, unfortunately, this supports the belief that there are more reckless drivers on UAE roads than five years ago,” says Brian Reilly, CEO of Zurich Insurance Middle East. “What is particularly worrying is the high proportion of young drivers that has had an accident, despite the short timeframe they have been behind the wheel.”
Data from the UAE’s Ministry of Interior reports that, in the first eight months of 2014, there were 3,170 accidents on UAE roads, which resulted in the injury of 4,602 people and 463 deaths.
“Across the UAE, there needs to be a cultural shift in driving attitudes to ensure motorists take responsibility for their own behaviours and look out for one another on the roads. It is alarming to see a perception among UAE residents that there are more reckless drivers today than five years ago,” adds Thomas Edelmann, founder of RoadSafetyUAE.com.
With such a high number of crashes and casualties on UAE roads, who knows what the answer may be to improve safety, but all we can say is that, Kippers, slow down and pay attention to what is going on around you, for it is not THAT cool to go at 140kph on Sheikh Zayed Road.
Posted by Ahdab Intl Luxury Transport at 11:23 AM