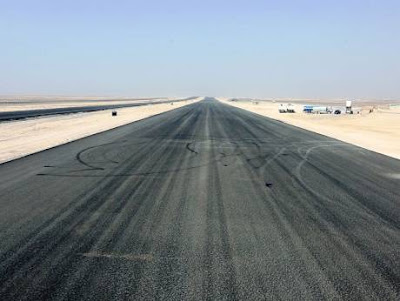 Abu Dhabi: The General Service Company (Musanada) and The Department of Transport (DoT) in Abu Dhabi announced on Saturday that 60 per cent of construction work has been completed on the new 62-kilometre Abu Dhabi-Dubai Highway.

Spanning from Seih Shuaib to Sweihan Interchange, the road is expected to be completed by the end of this year.

Eng. Faisal Ahmad Al Suwaidi, the Director General of Highways, said: “The new highway will relieve traffic pressure on the current Abu Dhabi-Dubai E11, bring down the number of accidents and connect Khalifa Port and Industrial Zone with current and future road network east E11. The project, once fully complete, will be a further strategic road linking the Abu Dhabi with Dubai and Northern Emirates.”

Engineer Omar Mattar Al Mansouri, Acting Director of Roads, Musanada, said: “We at Musanada are committed to delivering the project as per the timeline and plan framework. We strive to excel in all projects Musanada undertakes. This underpins the company’s commitment to achieving the directives of Abu Dhabi’s Government of bolstering the socio-economic development nationwide whilst boosting the quality of infrastructure by implementing projects supporting progress.”

“The project has been developed as per world-class standards of protecting natural resources by using environmentally friendly materials and implementing green sustainability practices,” Al Mansouri concluded.